The Magic of Venice!

I believe the last time I was in Venice was the summer of 1976 and unfortunately my memory includes the stank smell of stagnant canal water and not much else.  I have not returned and I didn’t think I was missing much.  How wrong I was! 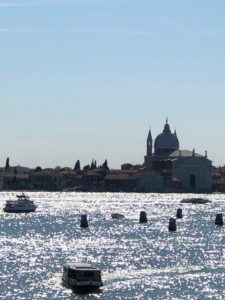 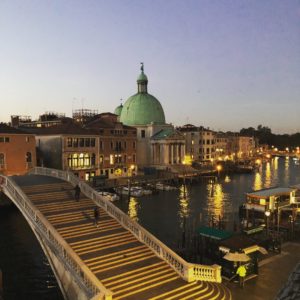 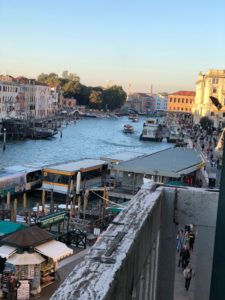 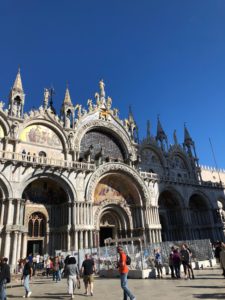 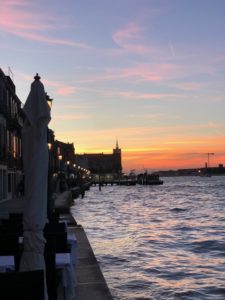 I don’t recall learning much Venetian history those 42 long years ago, which is unfortunate because it is filled with rich stories of political intrigue and international trade.  My visit this time was short and focused on seeing old friends, but I managed to get in a few sights nonetheless.

I purchased a 24 hour watertaxi ticket (20 euros) that lets you hop on and off the ubiquitous watertaxis as many times as you want, rather than having to buy individual tickets at 7.5 euros each.  I purchased a bundled city tour ticket and headed to San Marco via the Grand Canal.  The sky was crisp and cool- a sharp and welcome contrast from the hot and humid August/September weather we’ve had until now. 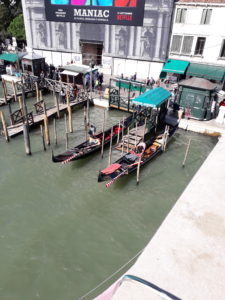 First stop was the Palazzo Ducale- the Doge’s Palace, which was the seat of the doge (or head of state) and home to Venice’s many administrative offices for almost a thousand years. Inside are beautiful frescoes and paintings by many of Venice’s most famous artists, including the world’s largest oil painting ,”Paradiso” (painted from 1588-1592) by Tintoretto and others. 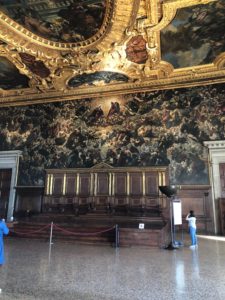 It was painted after an enormous fire destroyed most of the palace and a competition was initiated to restore the grandeur of the buildings. Tintoretto was not the original winner, but the judges selected Tintoretto and after the original winner died without starting his painting. Tintoretto wisely changed his submission to address the original criticisms of his work, which resulted in him being awarded the prestigious honor of painting the Sala del Maggior Consiglio after all.

There are many anterooms or waiting rooms decorated and painted to enforce particular emotions or perspectives while the attendees waited to be seen or heard.  And of course, just as I saw in the paintings on exhibit at the Pinacoteca di Brera, no painting would be complete without inserting the current doge and political leaders of the time.  The title ‘doge’ was the title of the senior most elected official of Venice. Venice was a republic and the doges were elected for life by the city-state aristocracy.  Below him (and of course, it was always a ‘him’) were many others who were counselors or administrators meting out justice. 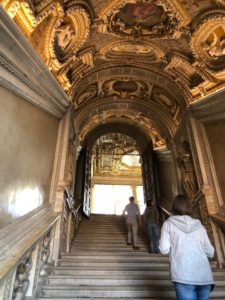 Two interesting facts I learned today.  In the Doge’s Palace were administrative buildings, and inserted along the walls of some of the hallways were interesting facial sculptures with a hole in the mouth.  Ordinary citizens could submit anonymous complaints of the particular person or office behind the relevant wall or door.  It was the original complaint box! 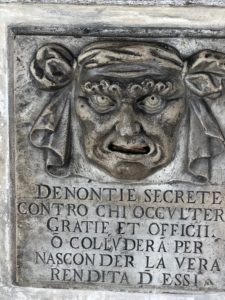 The second item I learned shows how little I knew (and still know) about Venice.  Contrary to my naive assumption, the Bridge of Sighs is not a romantic reference to a bridge overlooking the serenity of a gondola ride, but a bridge so named because of the last sad look the prisoners got of the sky and the beautiful sea and canals of Venice before they crossed over from the Doge’s Palace to their cold, dark, and damp prison cell, emitting from the prisoners sighs of sadness. 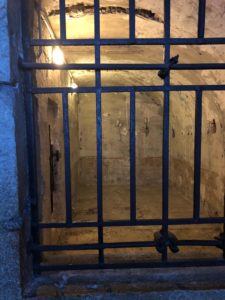 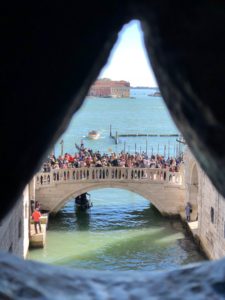 I also visited the Museo Civico Correr which houses more Venetian art as well as rooms filled with costumes, hats, weapons, armor and some interesting shoes the wealthy Venetian ladies would wear. Perhaps these are the original ‘platform’ shoes! 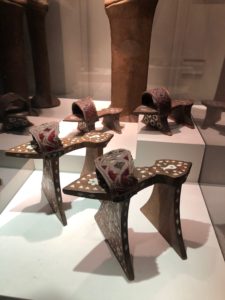 Last but not least was a brief visit into the Basilica di San Marco, which is the church in the Piazza San Marco.  After a quiet walk through the splendid church (no photos allowed), I had time to light a candle and say a prayer to those we’ve loved and lost this year.

I will return to Venice and explore more in the next few years, but it was wonderful to reshape my perspective of this fascinating city which served as such a gateway for commerce and politics years ago.

Step Outside for Adventure!