In Dining and Drinking

At some point surely I will stop saying and thinking “What a day!” but I suppose these first few weeks will be filled with new experiences and I will be forgiven for my enthusiasm. 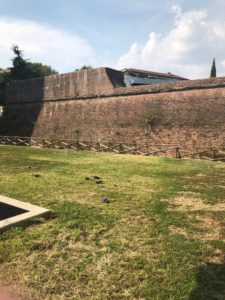 Last week I was accompanied by one of the teachers to venture into the Porta Romana neighborhood (where we are looking as a possible spot to live) and to shop for shoes (desperately needed after my sandal broke on my solo odyssey around Milano before I met up with the teachers- see ” Nuns, Tourists and Models” entry). A few things I learned at the various spots :

La Sera in Brera- The evening in Brera